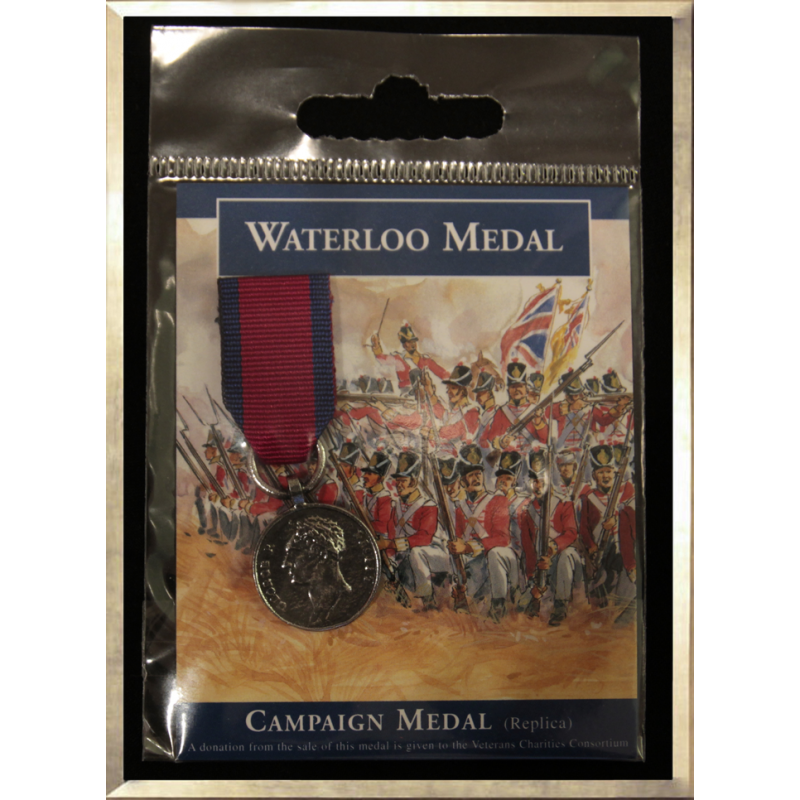 No reward points for this product.

Description: (Observe) the profile of the Prince Regent; (reverse) the seated figure of Victory above a tablet inscribed WATERLOO with the date of the battle in the exergue.

The Waterloo Medal was the first awarded and officially named to all ranks that took part in a particular campaign. It was issued to anyone who had taken part in one or more of the following battles: Ligny (16th June 1815), Quatre-Bras (16th June 1815) and the famous battle of Waterloo (18th June 1815). A total of 39,000 were awarded.

Battle of Waterloo: On the 18th June, 1815 at Waterloo near Brussels, the army of 72,000 French troops under Napoleon attacked the combined army under the Duke of Wellington, 68,000 troops and, later that day, the Prussian army under Marshal Blucher, 45,000 troops. Towards sunset, a last French attack failed and the French retreated, pursued by the Prussians, and left 25,000 dead and wounded and 9000 prisoners on the battlefield. Napoleon ultimately surrendered to the British (15th July) and was exiled to the island of St. Helena.