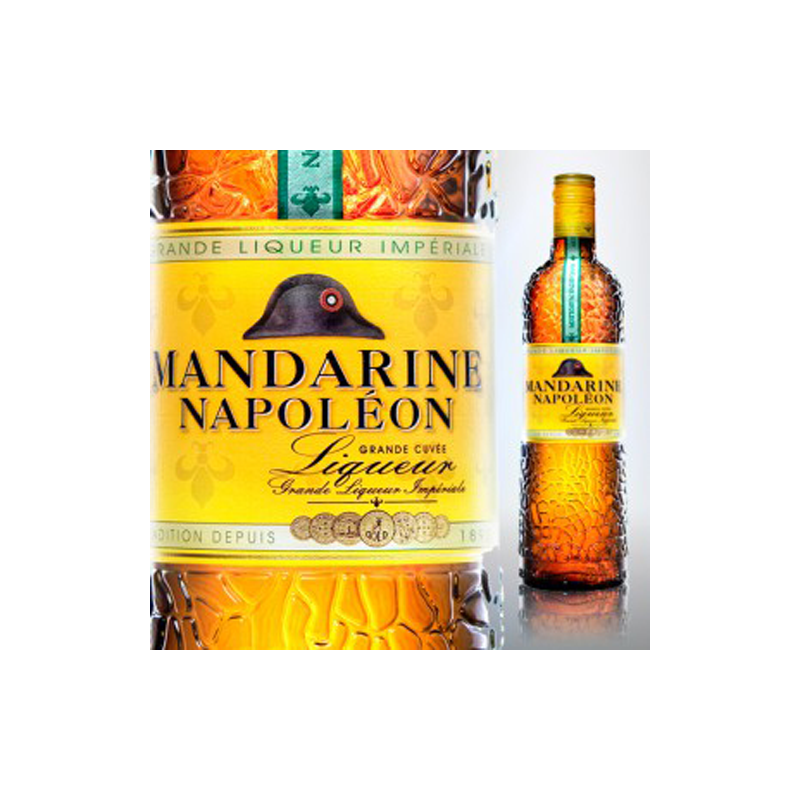 By buying this product you can collect up to 2 loyalty points. Your cart will total 2 points that can be converted into a voucher of 1,00 €.

Antoine-François Fourcroy, chemist and member of the Council of State under Napoleon Bonaparte, described in his personal notes that the Emperor liked to mix mandarins and tangerines in cognac, and he took the habit of macerating mandarins. He would, from this observation, developed a recipe based on eau-de-vie and tangerine, but the recipe was lost afterwards.

In 1892, Louis Schmidt, based on this information, rediscovered the recipe, and the "Mandarine Napoleon - Grande Liqueur Imperial" is a liqueur and a blend of eaux de vie and andalousian mandarines. Marketed worldwide under the name of Mandarine Napoleon, it was released in France at first as the Imperial mandarin liqueur.

This recipe is the property of the Fourcroy family and is passed on between generations. Produced in Belgium, the brand owned by the company Ets Fourcroy, is based in Braine-l'Alleud, the company bought back in the 1990s an area of ​​square farm type, Seclin named Domaine Napoleon1 which hosts a Museum Napoleon and a museum of liquor.

Excessive drinking is dangerous for your health, please consumme with moderation.

NEW ARTICLE IN ITS ORIGINAL PACKAGE.
Additional photos are available by mailupon request.