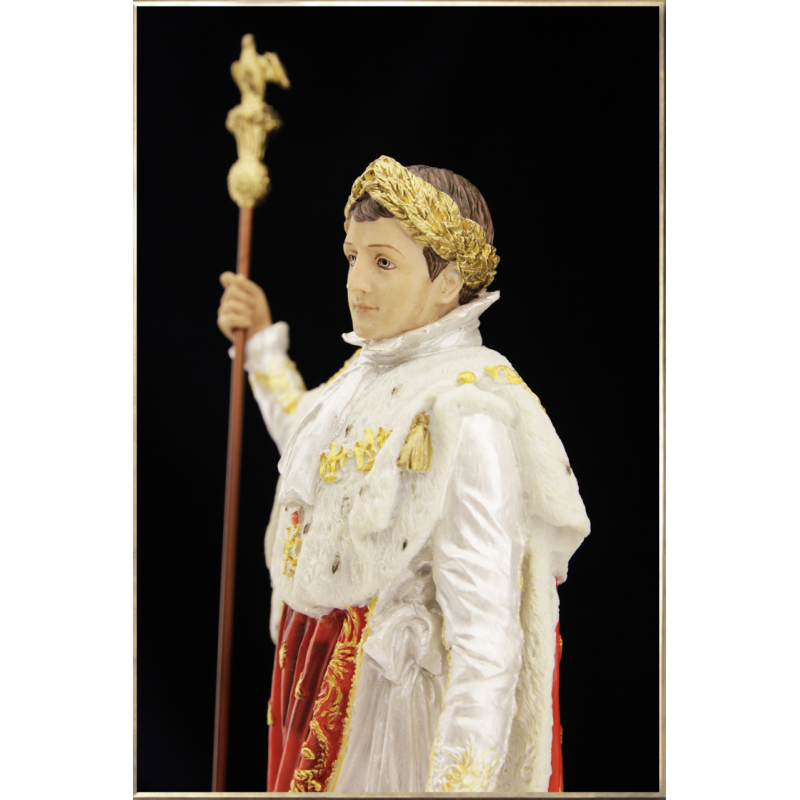 By buying this product you can collect up to 6 loyalty points. Your cart will total 6 points that can be converted into a voucher of 3,00 €.

This statuette depicts Napoleon Bonaparte, as he just became Emperor, at the coronation at the cathedral of Notre-Dame de Paris on December 2nd 1804. Being one of the key moments in the life of the "little Corsican", the symbolism surrounding the events of December 2nd is very strong and is a milestone in the history of France and Europe.

The statuette incorporates many elements of the original costume:

-the golden bees, symbol of immortality and resurrection,

-the eagle (bird of Jupiter), symbol of the Roman Empire

-the ermine, a symbol of power,

-the legion of honor, a symbol of merit.

Surrounded by all this splendor, legend says, turning to his brother Joseph who was standing at his side, the Emperor whispered: “If only our father could see us ...! “