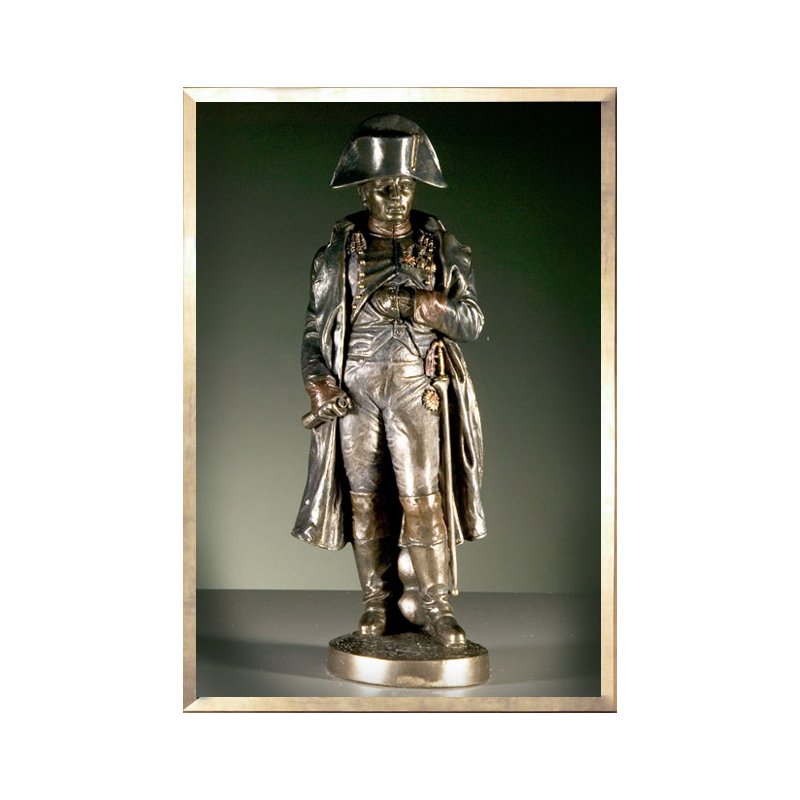 Besides paintings of pageantry, another form of official portraits spread under the French Empire with Napoleon wearing a uniform. Isabey was the first to portray Napoleon in his uniform of the "Garde Chasseur à Cheval", with the small black hat without medals, which has become the trademark of Napoleon and immortalizes his silhouette. Napoleon admired Frederick II of Prussia and took him as model because of the "Old Fritz's" modest looks, and to differentiate himself from his marshal's, especially the extravagant Murat . Portraits on foot follow codes as strict as the "portrait d'apparat", and became the followers of the consular portraits. They represent power, but the symbols are different. The elements of power, scepter, globe, hand of justice, crowns are absent, and replaced by the decorations that adorn his uniform.


NEW ARTICLE IN ITS ORIGINAL PACKAGE.
Additional photos are available by mail upon request.