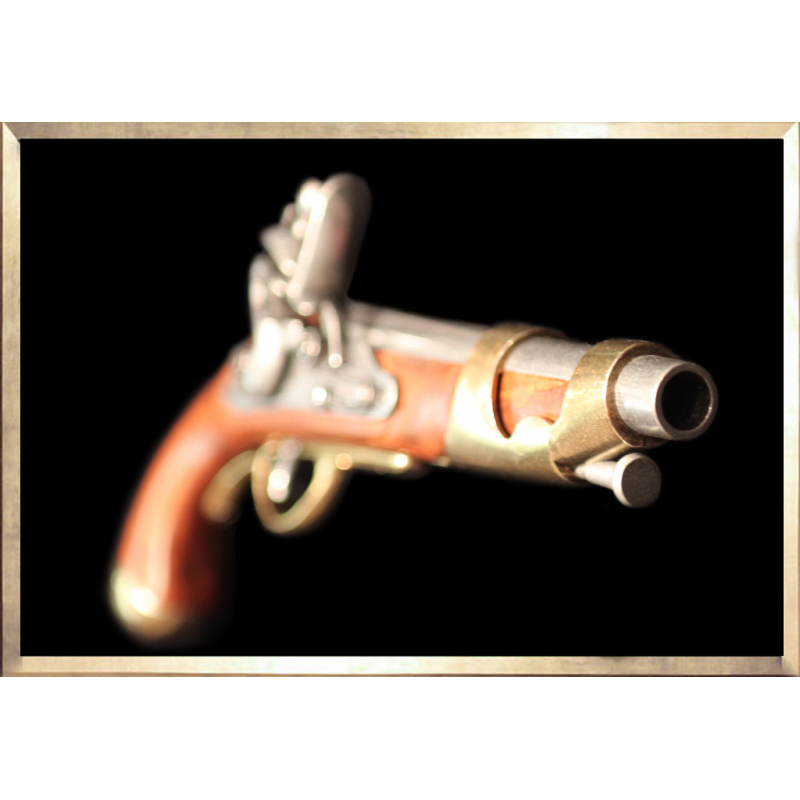 This is a replica of the Pistol modèle An IX.
This collection pistol is made out of wood, iron, and brass, a zinc and copper alloy. It has a simulated firing mechanism, but is not suitable for firing projectiles.

The "Pistolet modèle An IX" came right on time to replace the same type of weapons, including the disappointing 1777 model pistol.
It was not until Bonaparte and the Consulate that a real reform brought changes into this domain. It gave rise to a remarkable weapon, intended for the light cavalry - like the Hussars and Chasseurs- the horse-pistol Model An IX (1801).

In 1800, the future Emperor of the French, always concerned about order and organization, appointed a commission composed of artillery officers and arms inspectors, whose task was to define a weapon system that could replace that of 1777. The work of these specialists reflected in the regulation of 21 Pluviôse An IX (February 11, 1801), signed by General Saint-Germain, an artillery officer who served as general manager of the arms-manufactures since An VII (1799).
Inspired in part from the 1763-1766 model, but based on other weapons manufactured during the revolution, this pistol is shorter than its predecessor and was produced by four French manufactures, those of Charleville, St. Etienne, Maubeuge and Versailles.