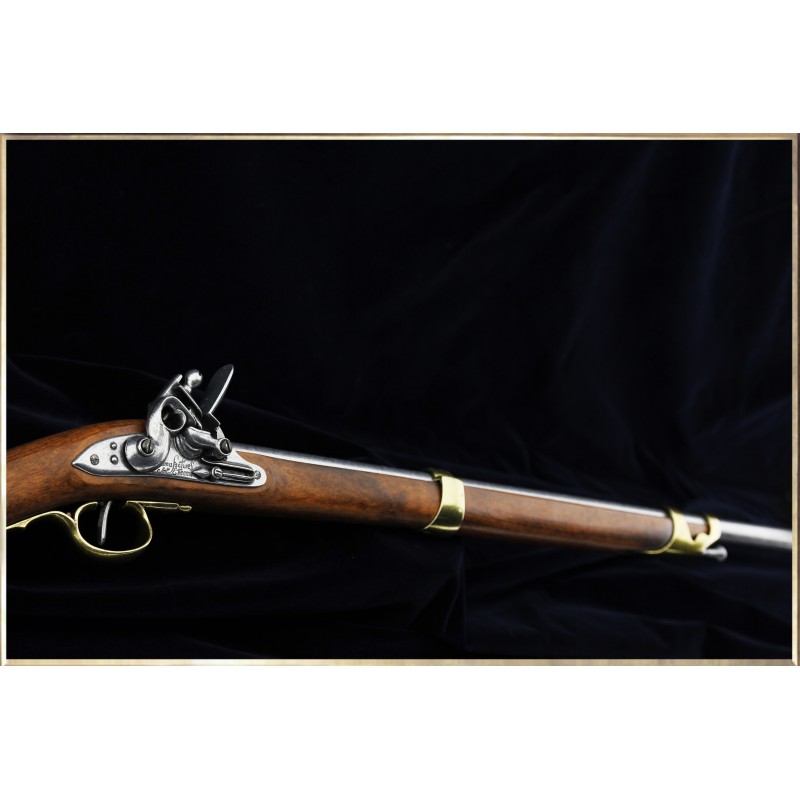 By buying this product you can collect up to 9 loyalty points. Your cart will total 9 points that can be converted into a voucher of 4,50 €.

Replica of one of the most representative models of the equipment of the Napoleonic troops.
It was active in almost all cavalry units such as the chasseurs à cheval, the famous horse grenadiers, lancers, carabineers and dragoons and also the hussars, but who always preferred their 1786 model, which was shorter and lighter.
After some slight modifications, the weapon was distributed to various infantry units and also to the Navy. This cavalry carbine was manufactured until 1816 at about 225,000 exemplars, and several other European countries were inspired to equip their troops with the same weapon, such as the Royal Cavalry Guards of Sardinia in 1814.

NEW ARTICLE IN ITS ORIGINAL PACKAGE.
Additional photos are available by mail upon request.With a smooth bore gun, some of its metal fittings are made out of brass.