> Replicas>Officer Sabre of the Horse Grenadiers 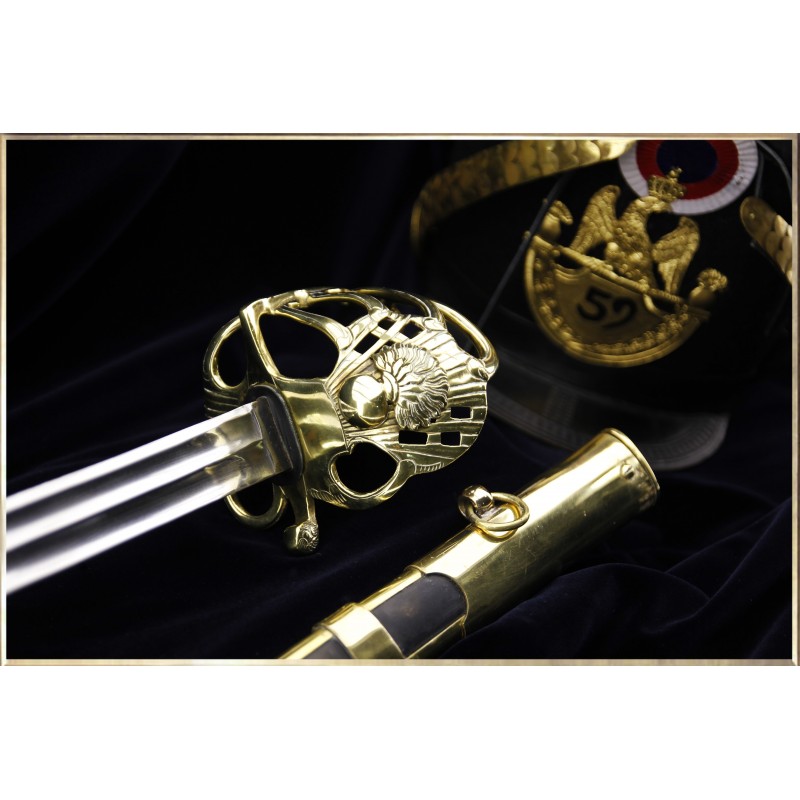 Officer Sabre of the Horse Grenadiers

By buying this product you can collect up to 20 loyalty points. Your cart will total 20 points that can be converted into a voucher of 10,00 €.

In 1797, the Guards of the Directoire become "Horse Grenadiers", which are incorporated eight years late, in 1804, in the new Imperial Guard desired by Napoleon. Their uniform is almost identical to that of Foot Grenadiers. They are equipped with a new sword in 1802-1803 (Model Year XI) provided by the manufacturer of Versailles, with a grenade that adorns the frame. This famous sword is also recognizable by its very special brass scabbard, with a large "flat" on the sides. But it weakens the sheath, and metal rings are added around 1807 to strengthen it. This model will remain in service until 1810. Officers sabres are generally more luxurious than the decorations of the troopers. Here, a grenade adorns the battle-guard.