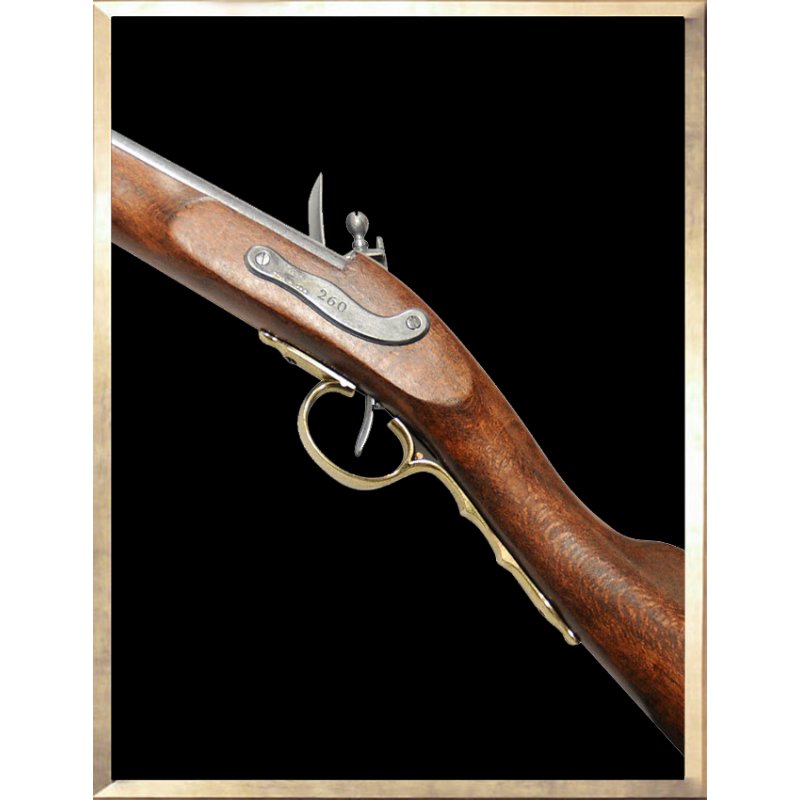 By buying this product you can collect up to 12 loyalty points. Your cart will total 12 points that can be converted into a voucher of 6,00 €.

Replica of the legendary French musket, the Charleville model 1777, modified An IX (1801), which served as the standard weapon for French infantry regiments during the Napoleonic wars.

Equipped with a removable bayonet and a functional firing mechanism. However you cannot fire ammunition with it, given that the hole which serves to ignite the powder in the barrel is not pierced.
Both the trigger and the flintlock are functional.

The rifle model 1777 proved unusualy robust, although its reliability was often questionable. It had a lot of ignition problems, and the barrel couldn't withstand poor quality powder, yet used at the time by the French army, was regularly clogged, forcing most of the soldiers to urinate to remove dirt and be able to reuse it.

In comparison, the 1777 model was certainly somewhat less good than the Brown Bess used by British troops, but not the best in the world as some stated, because of its lesser accuracy. However, it proved to be more powerful and more devastating against cavalry because of its caliber size (19 mm) and its firing rate of 3 to 4 shots per minute while the Charleville could, on average, fire only 2 to 3 shots per minute.