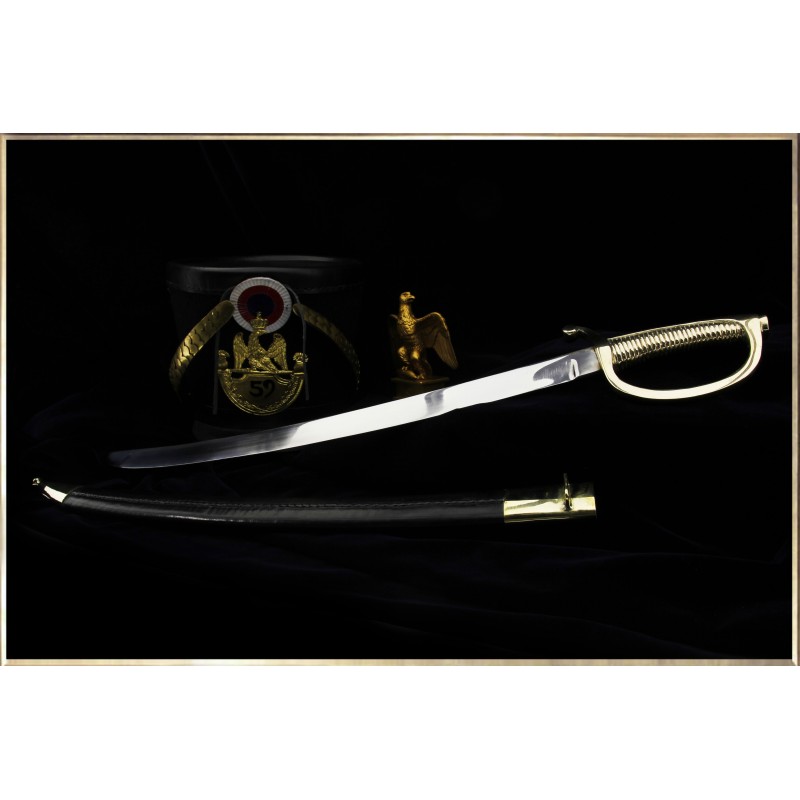 By buying this product you can collect up to 6 loyalty points. Your cart will total 6 points that can be converted into a voucher of 3,00 €.

The "Sabre-Briquet" was used by soldiers and officers of the Imperial Guard in the Napoleonic infantry. This short-bladed sword (blade 59 cm, total length 75 cm) is forged in one steel piece. It owes its name to its curved shape of the guard which reminded the tinderboxes of the time.


In melee, the infantry of the Grande Armée had various weapons at its disposal, including bayonets, placed on the muzzle of the musket model 1777 An IX corrigé, and this short infantry sword. The name "Sabre-Briquet" was given by the cavalry regiments to mock the infantry regiments and their smaller blades. It has a somewhat derisive connotation, even haughty, its small size and form indeed recalls lighters (briquets) used by soldiers to start a fire.
Then, in 1806, the designation becomes official. As a very popular weapon among the soldiers, the small Sabre-briquet equipped NCOs, corporals and soldiers of the elite troops - including the Imperial Guard. Although it was mainly used for practical and utilitarian purposes rather than in war as an effective weapon, it’s use during combat could cause serious injuries.