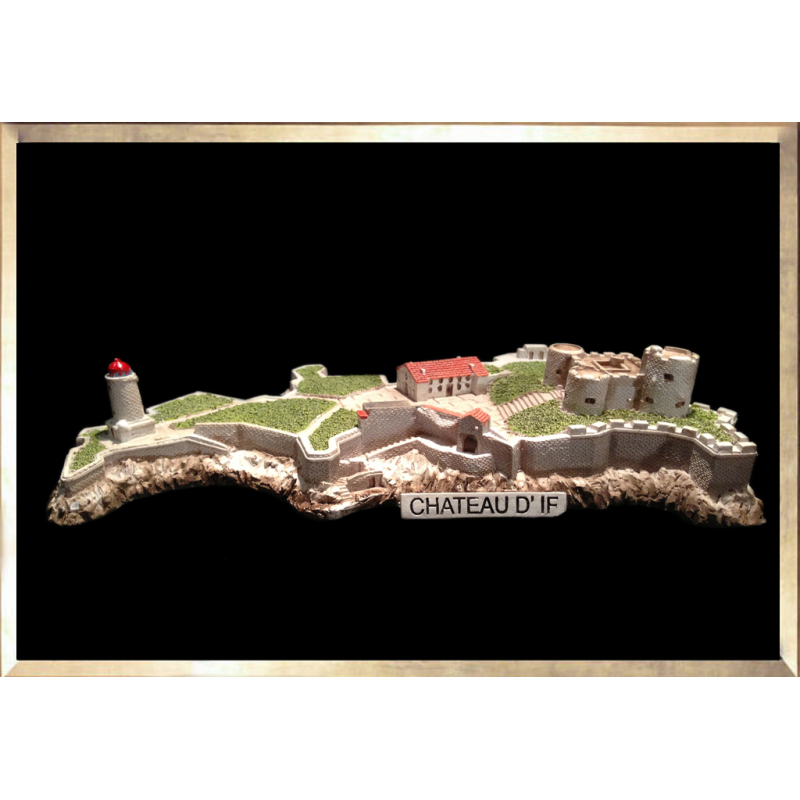 By buying this product you can collect up to 2 loyalty points. Your cart will total 2 points that can be converted into a voucher of 1,00 €.

Scale model of the famous Château d'If built on the orders of François I and completed in 1531.

It is in this fort that really begins the ordeal of Alexandre Dumas hero, The Count of Monte Cristo.

Accused of Bonapartism during the 1st Restauration and falsely imprisoned in the Chateau d'If, Edmond Dantes, will spend  there 14 years of his life.

Here's an excerpt from the book:
"Live, then, and be happy, beloved children of my heart, and never forget that until the day God will deign to reveal the future to man, all human wisdom is in these words:

After the assassination of General Jean-Baptiste Kléber in Cairo in 1800, his embalmed body was repatriated to France. Fearing that his future tomb would become a symbol for republicanism, Napoleon ordered to leave him in the château. 18 years later, Louis XVIII finally gave general Kléber a proper burial in his homeland, in Strasbourg.