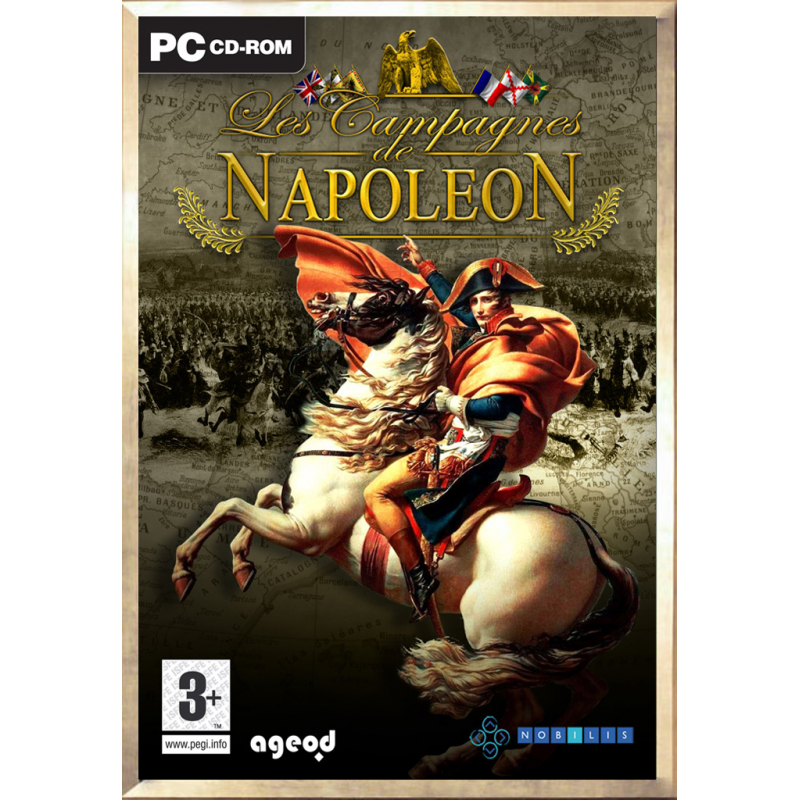 By buying this product you can collect up to 1 loyalty point. Your cart will total 1 point that can be converted into a voucher of 0,50 €.

With Napoleon's Campaigns, relive finally in greater detail the famous battles (Austerlitz, Wagram, Borodino, Waterloo ...) that have bloodied Europe during the Napoleonic era (1805-1815). Walk in the footsteps of the Emperor or stop him by taking command of his opponents ... and rewrite the direst pages of history!

- The largest Napoleonic Europe map ever made with many details from Scotland to Egypt and Portugal to the Urals.
- 10 scenarios expanding over a period of a few months up to six years depending on the campaign.
- 7 different playable nations and dozens of minor nations represented.
- More than 1500 characters and historical leaders and over 1000 different units, from basic infantry to cavalry, and from warships to spies.
- Advanced Artificial Intelligence that takes into account each country strategies, political context and geographical futures...
- A simplified gameplay and usability without micro-management and focused on military operations, and an intuitive interface.
- Multiplayer mode via the Internet and by e-mail.